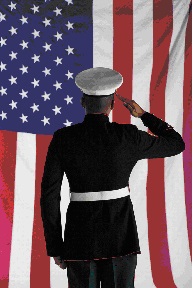 The USCIS has announced a policy in which certain relatives of military personnel who entered the United States without inspection (“EWI”), can apply to be “paroled in place.” The parole, if granted, will position the relative to apply for permanent resident status (green card), through the USCIS, without leaving the United States.

The gist of the USCIS memo is that immediate relatives of present and past servicemen and servicewomen in the U.S. Armed Forces and Ready Reserves who entered the country without inspection, can now file a request with their local USCIS office to be paroled in place. Immediate relatives are parents, spouses and certain children and stepchildren of U.S. citizens. Children under the age of 21, qualify as immediate relatives, and would be eligible to adjust status if paroled. Similarly-situated stepchildren may qualify as well, so long as the marriage took place prior to the child’s 18th birthday.

The USCIS memo lays the foundation for other groups of individuals to benefit as well. For example, many individuals who entered the United States without inspection, who were then detained and were released under the USCIS parole authority, would also be positioned for adjustment of status under the interpretation set forth in the memo.

In fact, in theory the DHS has the discretionary authority to parole any alien who has not been “admitted” into the United States. Foreign nationals who have entered the United States without inspection may be paroled in place, at the discretion of the DHS. The November 15th memorandum basically creates a large class of individuals who the USCIS as a matter of policy will likely grant parole in place, absent “adverse factors.”

Prior to the USCIS parole in place memorandum, I successfully applied for parole in place for several clients who were not relatives of Service Members. The parole request packages included evidence and a legal brief which highlighted the compelling humanitarian factors present in each case. Among my clients was a Haitian national who had entered the United States without inspection, but was now married to a U.S. Citizen, with whom he had several children. When I was hired by him, he was in Immigration Court removal proceedings in Miami. By diligently advocating on my client’s behalf I was able to persuade DHS to parole him in place. The Immigration Judge granted my motion to terminate proceedings, and my client then was able to adjust his status to lawful permanent resident in front of USCIS.

This article is general in nature, and not intended as legal advice.