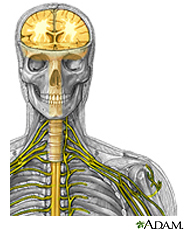 On October 21, 2013 an ICE detainee at the Krome Detention Center in Miami, Florida, was diagnosed with bacterial meningitis after being taken to a local hospital. According to a statement from ICE, he remains hospitalized at this time.

According to the National Institutes of Health (NIH) website,  “Meningitis is inflammation of the thin tissue that surrounds the brain and spinal cord, called the meninges.”   The NIH further advises that “bacterial meningitis infections are extremely serious, and may result in death or brain damage, even if treated.”

Reportedly, several detainee housing units at Krome are “temporarily cohorted,” (quarantined) including the unit where the infected detainee was housed, and the Miami Dade County Health Department has been notified.

In 2011, a contract worker at the Krome detention center died from bacterial meningitis, as a result, visits to Krome by relatives or friends of detainees were temporarily suspended.

The telephone number for the Krome Detention Center is (305) 207-2001 (main number), which can be contacted regarding their evolving response to the present medical situation.  The Krome Immigration Court telephone number is (786) 422-8700.

As per AILA (American Immigration Lawyers Association) email received today, several Krome detainees who were in close proximity to the infected detainee have been provided prophylactic antibiotic treatment as a precaution.    Although the specific strain of meningitis bacteria has apparently not yet been identified, the Krome Service Processing Center is apparently resuming normal operations beginning this afternoon.   The detainee who contracted bacterial meningitis reportedly remains hospitalized but is expected to recover. 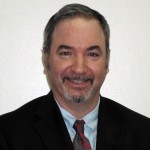 In 2013, the Department of Homeland Security (DHS) issued a rule allowing certain family members of U.S. citizens who are physically present in the United States to remain in the country while applying for the waiver they need to become permanent residents.

The stateside provisional waiver (I-601A) process will permit certain immediate family members of U.S. citizens (spouses, parents of citizens at least 21 years of age, and minor children) to apply for a provisional waiver of unlawful presence while remaining in the U.S., thereby cutting down on the long waits-sometimes a year or more-during which these citizens may be separated from their families during the process. To obtain the provisional waiver, an applicant must prove that both family separation and relocation would cause a qualifying relative (U.S. Citizen spouse or parent) extreme hardship, and that the applicant merit a grant of the waiver in the exercise of discretion.

If the waiver is granted, the applicant would still leave the U.S. and apply for an immigrant visa abroad before returning to the United States. Approval of the provisional waiver is not an iron-clad guarantee that an applicant will be permitted to reenter the United States. Even with the approval of the provisional waiver however, the U.S. Embassy would have the final say on whether to issue the immigrant visa and let the applicant back into the United States. The U.S. Embassy maintains the authority to deny a visa application for many different reasons apart from the 3/10 year unlawful presence bar.

Given the possibility that an individual with an approved provision waiver may still in some circumstances be denied the immigrant visa once outside the United States, it is important to consult with an experienced immigration attorney regarding one’s options.

In some cases, it may be possible to file for adjustment of status (processing the residency application in the U.S., in front of USCIS, without leaving the U.S.).    Traveling outside of the United States can be a one way trip for many, and it is extremely critical that you seek the advice of an immigration attorney who has thorough researched and understand the particulars of your individual case, before making any plans to depart the United States.

www.greencardcohen.com
This article is general in nature and should not be construed as legal advice.

Non-citizens do not have the right to vote. The State of Florida has a reasonable interest in purging the voter rolls of any individuals who are not legally entitled to vote. The Department of Homeland Security recently agreed to provide Florida access to its databases, which Florida requested in order to determine who among the registered voters in Florida is not in fact a U.S. Citizen.

While that effort to safeguard our voter rolls may appear to be laudable, in point of fact, it is likely to result in bona fide U.S. Citizens being knocked off of the voter rolls, and disenfranchised immediately before a presidential election.

As a Florida attorney who has been practicing in the field of U.S. immigration law, I would like to educate the governor’s office about the perils of relying on DHS databases in purging the voter roles.

What the governor’s office does not understand is that the Department of Homeland Security’s records will not reflect all foreign born individuals who have now attained citizenship. This is not necessarily a result of poor record keeping, but rather, it is inherent in the fact that under U.S. immigration law, there is more than one pathway to U.S. Citizenship.

One way is for a permanent resident (“green card” holder) to file an application for naturalization, which if granted, will allow that person to take the oath of allegiance and be sworn in as a U.S. Citizen.

Another way that some green card holders become U.S. citizens is to acquire U.S. Citizenship automatically based on the naturalization of a parent. For example, an amendment to the Immigration laws passed under George W. Bush in 2000, entitled the Child Citizenship Act of 2000, in summary automatically bestows citizenship on permanent resident children who have one parent naturalize to U.S. citizenship prior to the child’s 18th birthday, provided that the child was in the custody of the U.S. citizen parent.

The status of U.S. citizen automatically arises without any requirement that an application for naturalization be filed on the child’s behalf. In fact, an individual who thus automatically becomes a U.S. citizen by operation of law does, if he wish, can straight out apply for a U.S. passport.

End result: Florida government’s facile view of our complex immigration and naturalization laws will likely disenfranchise many U.S. Citizens, and cast a pall over Florida elections once more.

Mitchell J. Cohen is an attorney in Hallandale Beach and Fort Myers, Florida , practicing in the area of U.S. Immigration and Nationality Law.

Looking for an experienced immigration attorney in the greater Fort Myers or Hallandale Beach areas? Look no further than the law offices of Mitchell J. Cohen,  P.A.

Attorney Cohen has been a dynamic force in the immigration legal community of South Florida for over 22 years, diligently advocating on behalf of his clients before the USCIS, Immigration Courts, the U.S. State Department, the USCIS Administrative Appeals Office, the Board of Immigration Appeals, and the 11th Circuit Court of Appeals. Attorney Cohen welcomes the opportunity to serve the greater Fort Myers immigrant community.

Attorney Cohen has been a featured guest speaker on Immigration Law at the University of Miami School of Law, the Ave Maria School of Law in Naples, and Broward College, as well as before many other community organizations. He has mentored law school students from the University of Miami Law School, St. Thomas Law School, and Nova Southeastern Law School through internships in his law office, providing them with hands-on education in immigration law, as they helped him develop cases of pro bono clients.   Prior to moving to S.W. Florida, Cohen could be heard on Miami’s WSRF 1580 AM on his program “Immigration Explosion.”   Attorney Cohen maintains law offices in Hallandale Beach (Broward County), and Fort Myers (Lee County), Florida, to serve clients on both coasts.

Call the law offices of Mitchell J. Cohen, P.A. to schedule an in-depth legal consultation with the attorney about your immigration case.