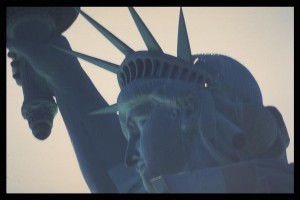 What is Being Ordered Deported in Absentia?

In 2005 a woman sought to reopen a deportation order that had been issued in 1991 in her absence. She had not appeared for the 1991 hearing because she had never received notice of the deportation hearing. The Immigration Court denied her motion to reopen the proceedings. She appealed the decision to the Board of Immigration Appeals (“BIA”). In 2006 the BIA denied her appeal. It also subsequently denied her motions to reconsider. I was retained to represent her in a Federal Court appeal of the BIA’s denial of her motions to reconsider. I appealed her case pro hac vice to the U.S. Court of Appeals for the 2nd Circuit, in New York, the jurisdiction where the in absentia deportation hearing originally occurred.

The basis of the federal circuit court appeal (called a “petition for review”) was that the Board of Immigration Appeals unfairly ignored evidence of non-receipt, including multiple affidavits that had been submitted in support of a finding that my client had not in fact received notice of the hearing. The Court of Appeals agreed, ruling that in upholding the order of deportation, the Board of Immigration Appeals had abused its discretion. The in absentia order of deportation was vacated (eliminated), and the case was remanded to the Immigration Court. I subsequently was able to change venue to the Miami Immigration Court and then obtain an order from the Immigration Court terminating the deportation proceedings.

If you have any questions, or you need immigration court representation, please feel free to call my law office in Hallandale Beach (954 457-1941) or Fort Myers (239 931-6558) to schedule a consultation with me.

Note: the foregoing article is for general informational purposes only. It is not legal advice.