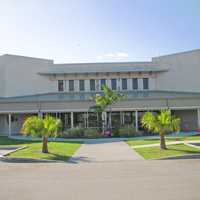 Background:
A young man from Central America was arrested at Miami International Airport by ICE and placed in removal proceedings at the Krome Service Processing Center, in Miami, Florida. He was a permanent resident (“green card” holder), who was subject to deportation on account of a conviction for cocaine possession. His criminal record also included an arrest for carrying a concealed weapon. Years after his criminal arrests, he was arrested by immigration upon returning from a visit to his native country.
Counsel for the Department of Homeland Security argued that my client was ineligible for Sec. 240A(a) Cancellation of Removal, a defensive application I filed with the Immigration Court in support of my client remaining in the United States. After hearing both sides’ arguments on the issue, the Immigration Judge allowed us to proceed with the application.
What is Section 240A(a) Cancellation of Removal?
Section 240A(a) cancellation of removal is a defensive form of relief available to some permanent residents who have been placed in removal proceedings. In general it is available to cancel removability for individuals who have resided in the United States for over 7 years since admission to the United States, with at least 5 of those years having been spent in permanent resident status. There are additional restrictions on who qualifies for Section 240A(a) cancellation of removal, including a “stop-time” rule, and a bar for certain individuals convicted of offenses designated under the Immigration and Nationality Act as aggravated felonies. If the Immigration Court finds that you qualify to apply for Sec. 240A(a) cancellation of removal, the Immigration Court will accept the application (Form EOIR-42A) and conduct a hearing on the application. The test for cancellation of removal is a “balancing of the equities,” and the Immigration Judge exercises his or her own discretion in granting or denying the application.

Outcome:
After hearing the testimony and written statements of my client, his family, a clinical psychologist and other members of the community, and considering the evidence of hardship to my client and his family (including his parents and child) should he be deported, the Immigration Judge at the Krome Detention Center granted the cancellation of removal application, finding that my client had demonstrated remorse for his crimes, good moral character, a commitment to his child, and generally that the positive factors in his case outweighed the negatives.
The Department of Homeland Security did not appeal the decision, and my client was allowed to remain in the United States with his permanent resident status intact.

Cohen’s Tip #1: Read Before You Plead.
A “withheld adjudication” of a criminal charge may not insulate you from DHS attempting to deport you. A plea of “no contest” or “guilty” is generally deemed to be a conviction under the Immigration and Nationality Act. The immigration definition of “conviction” is broader than the criminal definition. A plea of “nolo contendere” (“no contest”) or “guilty” where the criminal court imposed some form of punishment (for example: fine, costs, school, probation, jail time, etc.) is deemed to be a conviction under immigration law, even though your criminal attorney may tell you that you were not convicted. Many individuals come to me after they take an ill-advised plea, only to be shocked when the immigration authorities initiated removal proceedings against them. It is critical then if you are not a U.S. Citizen that you and/or your criminal attorney consult with an experienced immigration lawyer before the decision is made to plead to a crime. A good immigration attorney may be able to propose a plea agreement that will not subject the client to deportation or at least provide him with a fighting chance at remaining in the United States.
Cohen’s Tip #2: Look Before You Leap.
One very common way immigration identifies people who are subject to being removed from the United States is when they are returning from a trip abroad. If you have been arrested or charged with a crime, it is a very good idea to consult with an immigration attorney before you decide to travel.

The foregoing article is general in nature and not intended as legal advice. If you would like to consult with Attorney Mitchell J. Cohen, please call his immigration law office in Hallandale Beach (954 457-1941) or Fort Myers (239 931-6558) to schedule a consultation about your case.   Attorney Cohen is a Member of the American Immigration Lawyers Association.