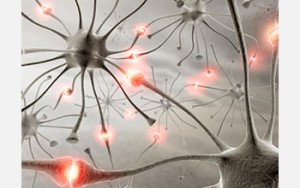 A young man who escaped hereditary slavery in an African country applied for asylum in the United States. Attorney Cohen represented him in front of the Immigration Court in New York. In support of his client’s case, Attorney Cohen presented expert medical, psychological, and country condition testimony. The Immigration Court granted client asylum in the United States. The government did not appeal. Afterwards Attorney Cohen successfully obtained permanent residence for client.

The Department of Homeland Security attempted to deport a man from Central America who had been residing in the United States over a decade after having entered the United States without inspection. Attorney Cohen successfully litigated his case in front of the Miami Immigration Court, presenting expert medical and psychological evidence relating to client’s U.S. Citizen child’s developmental deficits and behavioral problems. After hearing the evidence the Immigration Judge granted client permanent resident status under a section of the Immigration and Nationality Act called “cancellation of removal.” The Immigration Judge found that Attorney Cohen had established that his client’s child would suffer exceptional and extremely unusual hardship were his father to be deported from the United States. DHS did not appeal the decision.

The Immigration and Nationality Act provides for special exemptions for the physically and mentally impaired who are applying for naturalization to U.S. Citizenship. Attorney Cohen successfully marshaled medical evidence in support of a Form N-648 disability exemption for a client suffering from severe physical and mental impairments. Attorney Cohen coordinated with the local USCIS office to ensure that the case was handled correctly. As a result client was naturalized to U.S. Citizen at a bedside ceremony in her home, accompanied by her family. As a result of her naturalization to U.S. Citizen, client was able to have greater access to healthcare and associated services.