What is the EB-5 Immigrant Investor Visa? 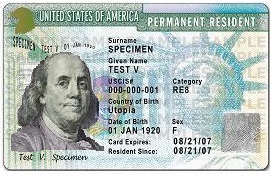 Get a Green Card Through Investment

Under the Employment Based Immigrant Visa Program, a foreign national can apply for immigrant visas (“green card” status) for himself/herself and immediate family members (spouse and children under the age of 21). The EB-5 visa is generally referred to as an “Immigrant Investor Visa,” the “Million Dollar Investor Visa,” or the “Job Creation” visa. The stated purpose of the EB-5 visa program is to foster investment and job creation in the United States by foreign nationals.

Investment Must be a “New Commercial Enterprise.”

EB-5 Business Entity Must be For-Profit.

A commercial enterprise for purposes of the EB-5 visa is defined as any for-profit activity formed for the ongoing conduct of lawful business. Examples of acceptable investor visa companies include:  corporation, sole proprietorship, partnership (limited or general), joint venture, holding company, business trust or other entity, which may be privately or publicly owned.

The Investor will Create 10 Full-Time Jobs.

The foreign investor must in general create at least 10 (ten) full-time jobs for qualifying U.S. workers within two years of the immigrant investor’s admission to the United States on the EB-5 visa.  A full-time employee is defined as one who works at least 35 hours per week.   The immigrant and his derivative family members do not count towards the 10 full-time jobs.

In some cases in lieu of creating 10 full-time jobs, an EB-5 investor may be credited with “preserving” 10 preexisting full-time jobs, if the company deemed by USCIS to meet the Immigration and Nationality Act’s definition of a “troubled business.”

The U.S. Immigration and Nationality Act provides that a foreign investor under some circumstances may qualify for an investor green card based on an investment of only 500,000 USD.   To qualify, the commercial enterprise invested in must be located within “targeted employment area” which means either designated “high-employment” areas or areas designated as “rural.”

A map of non-rural, high-unemployment zones – whose unemployment is 150 percent can be found here (Mitchell J. Cohen, P.A. is not affiliated with the site, and does not endorse the map’s accuracy).

This article is general in nature, and not intended as legal advice.